Here are some interesting news for the ones among you who are interested in social network analysis (SNA) and live in Germany. Next year’s SUNBELT conference is going to be conveniently close as it is held in Hamburg from May 21-26. It will be organized by Betina Hollstein, Sonja Drobnic, and Michael Schnegg, all from the University of Hamburg. More information should follow shortly on the website, the INSNA blog, and on Facebook.

Talking about network analysis, @bkeegan pointed me to an extremely interesting article by Tom Valente published in the journal Science the other day. In the article, Tom describes different types of interventions that help to drive change in a network. Some of you probably find this interesting as well. Please see below for the full reference and the link to the article. 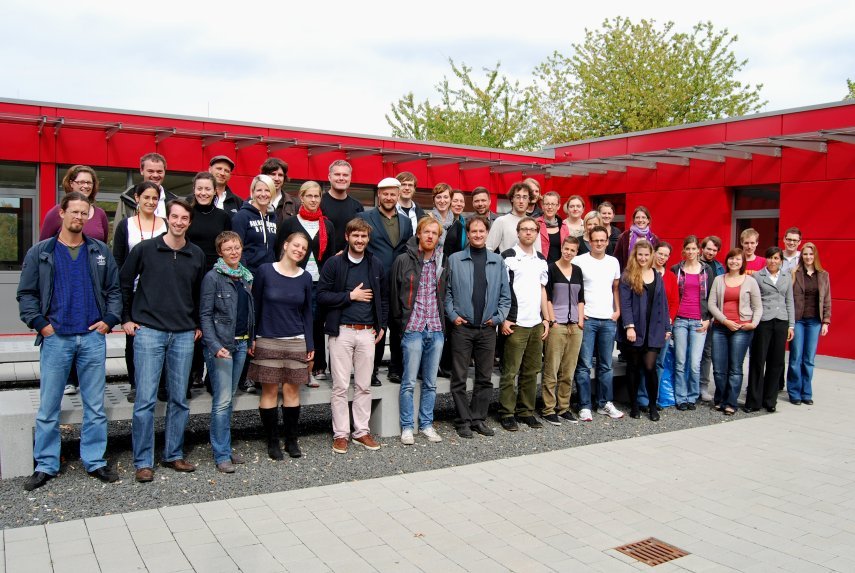 I’ve recently switched universities and moved from the United Kingdom to Germany. I’m now enrolled in a program with the title ‘Dynamic Capabilities and Relationships’. The graduate school is run jointly by the Europa-Universität Viadrina, situated in Frankfurt (Oder), and the German Graduate School of Management and Law in Heilbronn. We’re a team of six researchers: five PhD students and one PostDoc. The aim of the doctoral program is to create knowledge about how organizations achieve and sustain competitive advantage in rapidly changing environments through relationships with other organizations and stakeholders. You can see the people involved in the picture below (photo credit: EUV press office, Heide Fest).

I’m excited to be part of this newly established program and, luckily, will be able to continue the work on my original research proposal which I developed in Nottingham. It suits well within the realm of the program, primarily because my focus has been on organizational efficiency and relationships from the very start.

I want to take this chance to thank my previous supervisors, John Richards and Iain Coyne, for their great support. Both of them have guided my thinking and my professional development significantly.

The University of Nottingham, with its campuses China and Malaysia and more than 8,000 international students, truly deserves to be called an international university. The administration is now taking advantage of all the students from abroad and has introduced a Traveling Researchers Scheme which I joined recently. If you are traveling frequently (which I am ;-), you may meet with prospective students in their home country and chat with them about studying in Nottingam. This includes advice on how to get the applications right and options for funding studies in the UK. In a way this scheme seems similar to many ambassador programs on social network sites. I frequently visit Germany and North America and I will be happy to meet with anyone interested in studying here. The International Office hosts a blog on which current meeting opportunities are published.